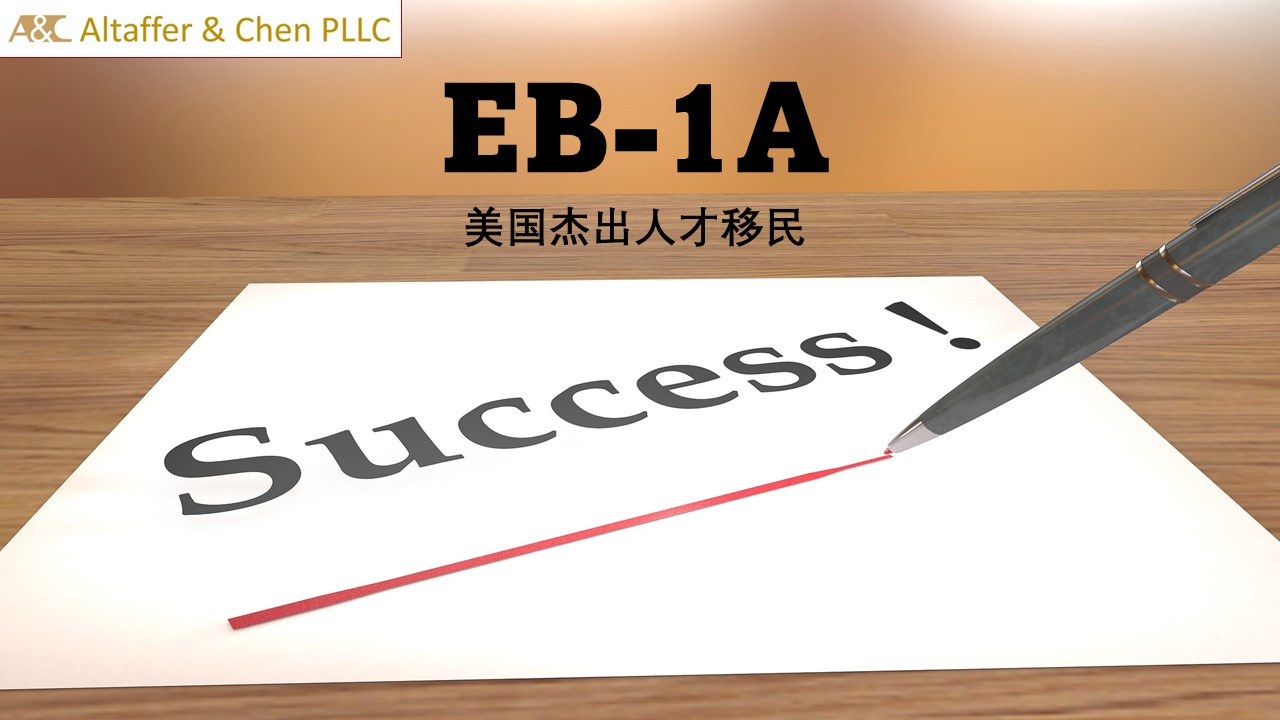 How Did We Draft Cover Letters for Successful EB-1A Petitions without RFE in 2022?

Attorney Lunbing Chen Altaffer is the co-founder and current managing member of Altaffer & Chen PLLC, a law firm based in Dallas, Texas.  In 2022, Attorney Chen significantly participated in two successful EB-1A petitions, which USCIS granted quickly upon respective receipt of each request for premium processing without RFE (request for evidence). One petitioner was a fund manager, and another was an environmental expert.

Generally, people can learn from others' successes and failures to avoid, or at least make fewer, mistakes that others have experienced, save valuable time, and do better when facing the same or similar situations.  On the one hand, legal briefs for immigration cases, such as cover letters of dozens of pages for petitions for an immigration visa for aliens of extraordinary ability (EB-1A petitions), are not publicly available because they are usually privileged attorney work products.  On the other, a finely drafted cover letter (or whatever other names it might be called) by competent counsel is crucial for a successful EB-1A petition because such letter can help an immigration examiner rapidly and effectively review the extensive evidence submitted and persuade the examiner to decide in the petitioner's favor. As USCIS has repeatedly emphasized:  It is an EB-1A petitioner's, NOT USCIS', responsibility to sort out the voluminous evidence provided and persuade USCIS to grant the petition!

In this environmental expert case, Attorney Chen had completed the whole petition cover letter of more than 30 pages. She first reviewed numerous documents provided by the petitioner and analyzed every piece of them, then researched online and collected supplemental evidence, further advised, through the attorney who took the case, the petitioner of what additional documentation was needed, and finally commenced writing the cover letter based on her study and understanding of USCIS' review standards and its opinions on relevant cases until completion of the letter.  Attorney Chen believed that the cover letter she had carefully authored should be sufficient to convince USCIS to grant the petitioner's petition, and she was later proven to be correct.

Patents can be used to meet the fifth of the ten criteria at 8 C.F.R. § 204.5(h)(3): Original contributions of major significance in the field (patents are discussed here only, though the petitioner has proffered other relevant evidence regarding this criterion). The establishment of the mere existence of a patent is insufficient, the petitioner has to also show the major significance of his or her patent by indicating that it has been widely implemented throughout the field, has remarkably impacted or influenced the field, or has otherwise risen to a level of major significance in the field.

In this petition, the petitioner has obtained, or obtained together with others, dozens of patents during working for various employers, but the application of the patents has been limited to the projects that these employers had undertaken. USCIS basically opines that a patent with limited applications to one's employer(s) is not considered to be widely employed in the field of a petitioner's expertise or have impacted the field significantly. With these in mind, Attorney Chen purposefully and specifically highlighted the prizes or awards granted to some of the patents, the applications of some patents to the employers' projects involving recognized leading or advanced technology at the national level, and so forth. By doing so, Attorney Chen aimed to persuade USCIS that these patents had exerted a key impact on the field as a whole, or at least, had otherwise demonstrated its significance to a major level.

With respect to the internationally or nationally recognized prizes or awards that the petitioner had been granted, one national award was provided along with other evidence.  Attorney Chen did not deem the award as sufficient to meet the relevant criterion at first. She was, however, able to present the piece of evidence as persuasive in the cover letter by scrutinizing pertinent information under USCIS' review standards, after she had researched and gathered the information about the award-granting organization and detailed rules for selecting winners.  For example, because the petitioner could not offer evidence concerning the number and names of the award past winners that USCIS would like to see, Attorney Chen chose to stress the fact from the rules that the award was held once every two years with a maximum number of winners of 10 to fulfill the burden of proof.

Further, the petitioner had participated in international and national projects of significance. In order to convince USCIS that the participation could be considered the equivalent of nationally or internationally recognized prizes or awards, Attorney Chen drafted the cover letter in relative part by stating persuasive facts. She pointed out the following: the prestigious reputation of a project sponsor(s) and the large amount or otherwise important meaning of the funds or grants involved, the major significance of the project itself, the widespread coverage of the project(s), and especially, the fact that the petitioner was selected for an international project due to his excellence as he was the sole person from the Chinese project contractor listed in the project agreement between the parties thereto.

For the leading or critical role that the petitioner had played in organizations with a prestigious reputation, it is not hard to prove his role was leading or critical in this case. The possible issue is whether the organizations petitioner had served enjoyed a distinguished reputation in the industry. To overcome the possible hurdles, Attorney Chen listed and elaborated on every notable award and professional qualification certificate of the enterprises, key engineering projects they had fulfilled, their prominent partners, their nationwide and even overseas business, and so on, to establish that all the organizations have prestigious reputations.

Another attorney took the fund manager case initially and then invited Attorney Chen to participate.  Having accepted the invitation, Attorney Chen researched more than ten world-famous fund managers, including big shot Warren Edward Buffett, and learned about their particular achievements applauded by the general public, the high respect and praise they received from professionals in the industry, and their paths of success.  Additionally, Attorney Chen studied multiple cases decided by USCIS about EB-1A petitions filed by fund managers and then drafted a few petition-related documents.  Subsequently, Attorney Chen started drafting the first part of the cover letter while collecting additional evidence from the internet, analyzing each document in length in an attempt to meet five criteria according to USCIS' strict review standards. The five criteria that have been discussed include nationally or internationally recognized prizes or awards, authorship of scholarly articles, wide media coverage, leading or critical role in an organization with a prestigious reputation, and high salary (the portion of high salary was added later by the attorney who took the case due to the unavailability of evidence to Attorney Chen at the time).

Attorney Chen has gained extensive experience and skills in legal writing from her multiple years of practice in civil rights cases filed with the U.S. federal courts. She has employed the valuable experience and skills to make powerful arguments supported by evidence to persuade an immigration examiner at a possibly early stage in immigration cases, including but not limited to EB-1A petitions for aliens with extraordinary ability. Therefore, even at the first step of preparing the cover letter for an EB-1A petition, Attorney Chen would draft it with the goal that an examiner will have formed an impression that the petitioner is an alien of extraordinary ability once the examiner has finished reviewing the first portion of the cover letter. And the examiner will confirm or strengthen that impression when further conducting the second step review, a final merits determination. Keep in mind that the principle of free evaluation of evidence is also true of immigration cases.

For purposes of a final merits determination, Attorney Chen would regroup all the evidence submitted and summarize them according to the review standards that USCIS applies. She would (1) succinctly describe how a petitioner has met at least three mandatory requirements showing the petitioner is one of the small percentages who has risen to the very top of the field of endeavor with recognized achievements; and (2) list by the timeline each evidence indicating the petitioner's internationally and nationally recognized acclaim, respectively, and briefly explain each evidence if necessary.

Attorney Chen does not make a factual statement without any supporting documentation.

Welcome to reach out to us for your possible case(s); Attorney Chen will evaluate your case(s) with free charges and advise you accordingly!

For an EB-1A petition, different attorneys have distinct ways to handle it. We would thoroughly evaluate a possible case according to the specific facts of a prospective client and decide whether to represent the client.  If a representation decision has been made, we generally first help our clients collect as much as possible relevant, probative, and credible evidence as per our deep understanding of the pertinent laws, policies, and most recently published cases which we regularly study.  Second, we review carefully every document (including reference letters) that is intended to be submitted to prove our client's eligibility and resolve any inconsistencies or discrepancies among the evidentiary documents, in case there is any.  If an examiner raises any doubt on one of the evidentiary pieces, the credibility of the remaining evidence will be negatively affected, and the examiner might deny the petition in the worst case. Third, we search the internet and check if there is adverse information about our client (and take corresponding steps when necessary) because the examiner may consider the evidence publicly available from the World Wide Web. Finally, we make sure every documentation that is in a foreign language other than English to be translated into English by a competent translator with a certificate of translation in compliance with 8 C.F.R. § 103.2(b)(3). 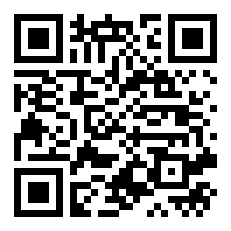